This post first appeared on the Brookings Institution’s ‘Africa in focus’ blog. The original text can be read here.

“Africa will not make sustainable progress in building democratic systems and fostering economic development until the continent acquires coherent, legitimate, and effective states.”

I had Nigeria very much in mind when those words were written a decade ago.1 Today, the veil concealing the ever- deepening state crisis has been shredded. The federal government has turned to western nations for intelligence capacities to help locate the abducted school girls. France, long distrusted by Nigerian authorities, has been asked to craft a regional coalition to combat Boko Haram. However, beyond the security missions in the remote northeast, the broader aspects of the Nigerian predicament must be confronted. 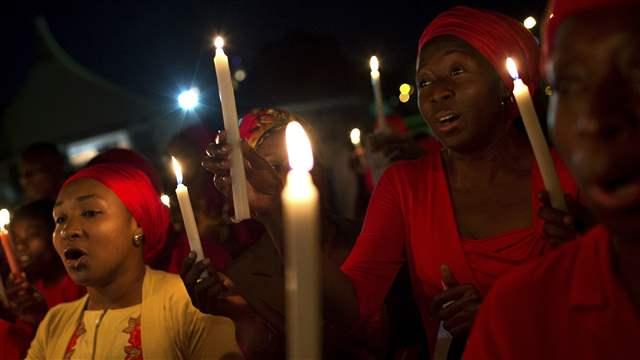 This year, paradoxically, the centenary is being observed of the amalgamation in 1914 of the northern and southern colonial territories to create the Nigerian nation. Yet Nigeria has remained more a nation-space than a nation-state. As it grows in population and the size of the economy, the state has shrunk in capacity. After civilian rule was restored in 1979, C. Sylvester Whitaker, a leading American student of northern Nigerian politics, wrote a perceptive essay, “The Unfinished State of Nigeria”.2 My book on that failed transition, which emphasizes the systemic misuse of state resources, was recently republished.3

When I asked a Nigerian colleague, Dr. Sani Mohammed Umar, what happened to the substantial resources provided to state and local governments in the northern region, he responded that they were subject to the same extractive “prebendalist” practices as the rest of the country. Those practices have a particularly devastating impact in the predominantly Islamic north which has trailed the southern parts of the country on all development indicators. The major areas of its economy, in commercial agriculture and industry, have contracted. Far behind the south in education, the north is now besieged by an atavistic group that targets education facilities and the educating of girls.

In his ranting declarations, Boko Haram leader Abubakar Shekau declares that he is at war with the Nigerian state. Shekau’s remarks echo local commentaries about a state that is predatory and dysfunctional. With infinitesimally fewer financial resources than the Nigerian government, an amorphous insurgency has proven to be more effective in its violent campaign than the Nigerian military and police. The planning in Abuja of the World Economic Forum on Africa, May 7-9, was disrupted by major bombing incidents on April 14 and May 1. Media reports on the World Economic Forum, intended to boost Nigeria as a venue for investments, were eclipsed by the kidnapping episode.

The Nigerian government, drawing on the country’s great oil wealth, can convene high-level international events. Yet it is incapable of ensuring the basic security of its citizens and the provision of adequate electricity, water, healthcare, and transportation. It was reported that parents of the abducted girls had to be brought from Chibok to the state capital, Maiduguri, to watch a video showing their children in drab Islamic garb because there was no electricity in their home area. What should be noted is that most Nigerians do not have reliable access to electricity. The government is now contemplating importing electricity from the Democratic Republic of Congo despite its abundant natural gas reserves.

U.S. officials recognize that the Nigerian military has been sapped by the same misuse of resources that bedevils all state institutions. The prolonged conflicts in the oil-rich Nigerian delta were abated through the application of brute military force, the “settling” or bribing of its leaders, and various amnesties. These mechanisms, however, have not worked in the case of Boko Haram which is beyond the reach of Nigeria’s usual methods for curbing violent protests and armed insurgencies. On many occasions in recent decades, Nigeria seemed to have reached a crisis point in which a major rethink of its federal structure seemed unavoidable. Each time, however, it has muddled through with minor adjustments because the political process works for those who capture government offices at federal, state, and local levels.

Now that the U.S. and its allies have ramped up their security engagements with Nigeria, they should invest in helping Nigerians pursue pathways to address the broader security concerns. The deepening regional cleavages, pervasive political discontent, profound economic disparities, and militant Islamism can no longer be contained by a culture of political racketeering. Maneuvering for the February 2015 national elections is well underway. The ruling People’s Democratic Party has controlled the patronage-laden presidency for 15 years as well as many state governments. Will Nigeria follow the path of another complex federation, India, which evinces many of the same problems and has now rallied behind a party that promises growth and development reforms?

The political clout of northern Nigeria in the federation has declined along with the region’s economy. The sway of religious-cum-political elites, who previously mediated between state and society, has eroded. Meanwhile, the political space for radical Islamists has steadily expanded. The national protest, #bringbackourgirls, should be complemented with #buildusastate. If such an effort does not take place at all levels of the Nigerian federation, the tragedy of the kidnapped girls could leave as much of a ripple, once media attention shifts, as that of the downed Malaysian airliner. There are some missions, such as overcoming the Nigerian state crisis, that require more than advanced intelligence technologies. It is this wider mission which forlornly beckons.