“Democracy Day Blues” republished with the permission of The Punch, Nigeria

“The national protest, Bring Back Our Girls, should be complemented with Build Us a State. There are some missions, such as overcoming the Nigerian state crisis, that require more than advanced intelligence technologies”
– Prof. Richard Joseph, May 22, 2014

May 29 was Democracy Day in Nigeria, the 15th edition of the milestone which marked the formal inauguration of civilian rule on May 29, 1999. Political science professor Richard Joseph captures, in the opening quote of this essay published by The PUNCH on Thursday, May 22, the sombre, despairing mood in which this year’s Democracy Day was marked around the country. This writer quibbles mildly with Joseph’s refrain, “Build Us a State”, by suggesting that it should have read, “Bring Back our State”, without disagreeing with the agenda he proposes. 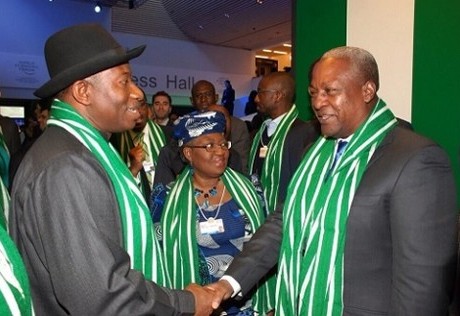 For there was a Nigerian state that laid the groundwork for an industrial Nigeria, by inaugurating iron and steel plants, fertiliser factories, petrochemical industries, oil refineries as well as an extensive road transport network. The social contract of those years was one in which federal and regional governments underwrote the costs of quality education and health for their citizens as well as ran institutions that were competitive, and competitive in ranking with the best in the English-speaking world.

The story of Nigeria’s decline to its current dishonourable ebb where a multinational force is required to police its borders and shore up failing security institutions in the search for the abducted Chibok schoolgirls has been well narrated, not least by Joseph himself in his seminal book on prebendal politics. The theft of state resources, legitimated by communal and ethnic bandwagons in the Second Republic has been creatively reformulated in Nigeria’s Fourth Republic. Raids on the state treasury are now structured to the extent that the Executive and Legislature, in the most prodigal governance system in the world, appropriate a huge proportion of national revenue as salaries and emoluments for insensitively duplicated political offices.

As Prof. Banji Oyeyinka revealed in his important book, “Rich Country, Poor People”, launched in Lagos a fortnight ago: “The country’s recurrent expenditure which was in the past pegged to non-oil revenue rose significantly, largely as a result of a sudden jump in personnel costs and overheads as political appointees took office. Significantly, recurrent expenditure rose to an average 150 per cent of non-oil revenue.” It seems unlikely that President Goodluck Jonathan or the National Conference will come up with any significant modification of this system of political parasitism in which the life blood of a nation is being drained by an elaborate and institutionalised patronage arrangement.

That is not all. Just as the country is bleeding from the actions of criminal rackets that are stealing oil on an industrial scale in the Niger Delta, business tycoons in collusion with state officials have converted the so-called fuel subsidy into private resources on a scale that is beyond belief. Meanwhile, and perhaps as comic relief in the midst of a tragedy, the Chairman of the Independent Corrupt Practices and Related Offences Commission, who is expected to cleanse the Augean Stable, has kicked off a linguistic debate on the difference between stealing and corruption, while Goodluck Jonathan insists that Nigeria’s problem is not corruption.

The chickens of political banditry are coming home to roost. Take the military institution, in the context of Boko Haram’s relentless assaults and what appears to be the latter’s superior weaponry. On Wednesday,The PUNCH reported the killing of 40 soldiers by Boko Haram and the setting ablaze of a military base and police station in Yobe State. Obviously, it is not just low morale and possible sabotage that are at work here. Hard questions are being raised about how we got to the current nadir where an otherwise reputed military institution is grossly underperforming and ill-equipped. As The Guardian newspaper queried on May 28: “What happened to the trillions of naira voted for defence in the last three years? What of the security votes and sundry extra-budgetary allocations for security? What is the nature of the procurement process within the military?” While we wait for answers to these troubling questions, it is pertinent to mention that the current status of the military, illustrated by its reversals in the war against terror, is a metaphor for the state of every Nigerian institution. Police officers have openly admitted that they now supplement inadequate budgetary allocations by bribes while government institutions have to bribe other government institutions in order to get things done.

Government officials and a section of the international community may enthuse about Nigeria’s emergent status as one of the dynamic MINT economies (Mexico, Indonesia, Nigeria and Turkey). But the reality check of corrupt and flabby institutions offers a different, sobering narative: the relentless carting away by highly placed individuals of state resources. Similarly, some projections on Nigeria’s rebased economy construct it as possessing a vast consumer market that is worth more than $400bn and therefore highly attractive to multinational companies offering a diverse menu of luxury consumer goods. An expansive and booming market does not make a nation state. Neither does it address fundamental problems of soaring inequality, gripping urban decay, the demographic disaster of teeming youths frantically besieging the employment market for ever diminishing jobs. Neither does it speak to the lack of foundational amenities such as drinking water, electricity, security of lives and property.

The other day, this writer listened to the debate at the National Conference on our rapidly depleting environment. It was revealed that, although the digging of boreholes constitutes an environmental hazard, Nigerians cannot do without them because for many years now water has virtually disappeared from public taps. Furthermore, an announcement was just made about yet another dip in power supply to 3,674MW as a result of the failure of five transmission lines alongside an electricity tariff hike to take effect from June 1. Indeed, the Boko Haram insurgency at some points was viewed as a liberation, counter-hegemonic, militia. Of course, its evolution into roving and murderous bandits has erased this initial image.

Beyond the February 2015 elections, assuming that voting can take place under the current siege, is the agenda to renew the state by bringing back the social contract annulled by the catastrophic recession of governance, the tyranny of unproductive institutions presided over by full time crooks, as well as the restructuring of a top heavy and over-centralised federation. In this connection, the recent victory of the concept of resource democracy at the ongoing National Conference, if followed through may provide a useful starting point for a new state compact.

The ongoing shale oil revolution warns that a nation frantically consuming away its future is sooner than later headed for extinction. The question is whether the acrimonious jockeying for control of the state by opposing political groups would allow them to hear the alarm bells.

(c) The Punch. All rights reserved.